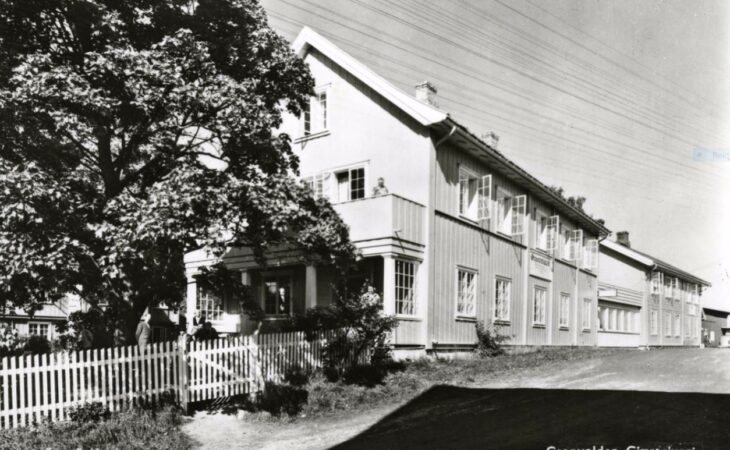 In 1657 Granavollen was a place to gather the locals. You could find the churches, shuttle station, courtroom and a guesthouse who could offer a room, food and drinks.

In 1716 sheriff and innkeeper Gregers Granavolden gathered 50 menn from Hadeland in battle against Swedish soldiers. The battle in the forrest of Harestua had great significance for the Nordic war. Gregers writes a letter to King Fredrik IV and tells of his heroic efforts in the battle. As a thanks he was granted licence to run the guesthouse for as long as he lived and for all his descendants.

In april 1814 the guesthouse opened their doors for five envoys from Hordaland on their way to Eidsvoll, to the National Assembly. At Granavolden they got warm clothes and warm food. Later, Syver Gaarder started a general store in the main building, a success that allowed the building stock to be expanded.

When summer holidays became a public benefit in the 1920s Hadeland was a popular destination. Granavolden became the guest house with a healthy climate. In the 1950s, 60s and 70s artists and authors discovered Granavolden as unique place for inspiration. Thor Heyerdahl was a permanent resident for several months. From his window in Gregerstua he found serenity to portray the life on Easter Island in the Pacific Ocean and the result was his famous book Aku-Aku.